Keeper of the Tombs, God of Mummification

Yululun, Keeper of the Tombs, is the god of graveyards and burial chambers. It is around 7 feet tall, with a lean, muscled body, pale flesh, and the head of an obsidian canine. Its eyes burn with a cold, green flame. Yululun wears scraps and rags over its sexless body, wears a necklace of bones, and is armed with an enormous bone-bladed halberd. Yululun speaks no mortal tongue, and cares little for the laws of man. For reasons unknown, it cares only about the sanctity of grave and tomb.

Yululun is the patron of embalmers, and priests and embalmers typically wear canid masks that cover their entire heads in honor of their god. It is of prime import to the people of TASUUN, to whom life is spent in preparation of one's eternal reward. The Keeper of Tombs heads the Tasuunites' pantheon of Beast Gods, and is gaining some traction abroad in YOROS. Virtually every Tasuun tomb contains images of the dog-headed god. He presides over funerals and embalming, and guides souls to await their judgment in the afterlife, punishing tomb robbers and defending the dead on their travels in the Beyond. Key to understanding Yululun is that life and the afterlife are two different worlds, and never ought they be in conflict. Life is best spent in preparation of one's burial or one's tomb. The more elaborate one makes one's crypt, the more comfortable the soul will be in eternity.

Votaries of Yululun fiercely oppose those who would disturb the dead, save when one has volunteered one's body to guard its master's sepulcher as an unliving sentry. Clerics of Yululun battle necromancers and creatures like vampires and liches, who unnaturally prolong their own existence and manipulate both the living and the undead.

"By the god Yululun, Keeper of the Tombs, I deem it an ill thing to disturb the peaceful dead. And truly it is not well for men to enter Chaon Gacca, where Death has made his capital, and has gathered all the ghouls to do him homage."—The Weaver in the Vault, CAS 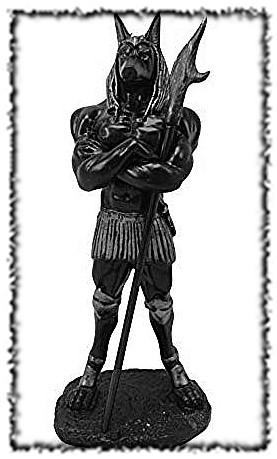