Destiny, The Ordainer, The Cosmic Scrivener

Vergama, or "Destiny", is an ancient deity whose attributes are much disputed, though he is believed to be almost omnipotent, ruling both the heavens and the earth. He is the most abstract and distant of the gods, described in a variety of ways by those that worship him. When seen, he appears as a colossal "cowled and muffled figure" seated on a marble chair. The hieroglyphic writing in his book preserves the forms of all things that have ever been.

Vergama has no temples, idols, or altars—a single stone in an empty field or graveyard can just as well serve as a shrine. The simple services held by worshipers include chanting and singing. They are typically considered a joyous occasion, and a celebration of the circle of life and death. Vergama is oft invoked in prayer, especially by sorcerers, kings, and astrologers. He grants visions and omens, which are interpreted by astrologer-priests and soothsayers. Clerics of Vergama will normally be independent prophets, community wise-men or midwives. Lay ministers are rarely more than clerks who keep archives of a community's or household's horoscopes, its deaths and its births. Amulets of Vergama are said to be effective wards against demons.

Vergama's holy book is called The Stars in a Spiral, written by a nameless prophet long ago. Its predictions are so vague that no one is sure if they are accurate or if they have already happened. Other sections that were added later contain information on safe childbirth, the proper burial of bodies, performing auguries, and other such matters.

“No idols were wrought in the image of Vergama, no altars were dedicated to him: yet sometimes he was addressed in prayer by savage peoples, or was called upon with-dark runic formulae by the more venturous wizards. Some claimed that the prayers and the incantations were answered; but this, like all else that concerned Vergama, was a matter of much doubt. Curious and almost omnipotent powers were ascribed to him, and attributes of tremendous bale and benignity; but there was no virtual proof of their manifestation at any time.” — In the Book of Vergama, CAS 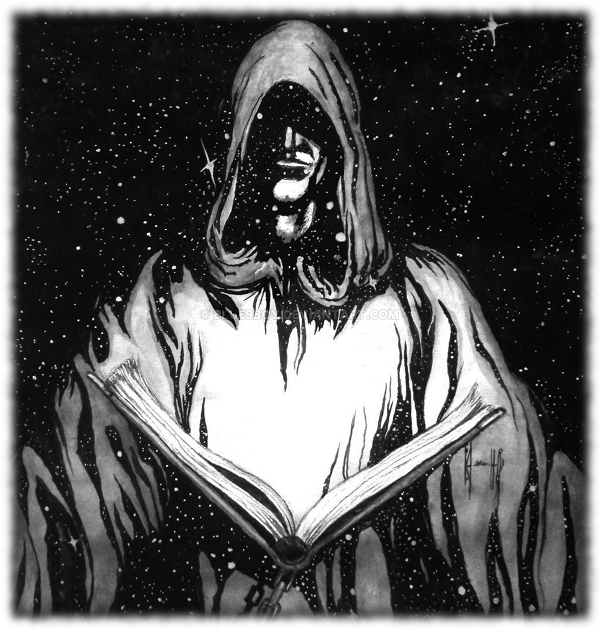