Some say Tsathoggua is an offspring or avatar of an older divinity whom he devoured, or that very same entity after a demonic transformation. He presents as a titanic, bat-eared avocado-colored frog with several sets of spindly, elongated limbs and fingers. His body is covered in warts and sores that ooze buttery mucus. Patches of hairy mold on his flesh whorl and writhe like pond grass. His eyes, when opened, are red and aglow, and his massive mouth sports rows of sharp, rock-like teeth, each as big as a boulder. He never moves and rarely speaks other than to emit an unintelligible shrieking that only his acolytes find pleasing to hear.

Tsathoggua cares less about the machinations of men and power than he does about sullying light and life with slow, oozing corruption and decay. He is the viscous dark bubbling up from beneath the surface, the foulness at the heart of the earth. Tsathoggua makes his home deep beneath Zothique in a stinking netherworld called N'KAI. His lair is a vast swamp of filth where he thoughtlessly commands a host of malevolent creatures—notably his own vile batrachian race, the tsathar. Thousands of fawning tsathar servants continuously bathe his body in fetid slime from the evil swamp, awaiting the divine bliss of being randomly devoured by him. Occasionally, tsathar priests of Tsathoggua sculpt a small likeness of him out of foul chunks of solid waste from his lair that harden into a vile green substance similar to soapstone when taken to the surface. Such items are highly prized as holy relics.

Tsothoggua's hatred of nobility, elegance, and beauty seems inimical to humanity, but the Demon Frog God doesn't lack human worshipers. Those shunned and singled out for being unsightly, insolent, lazy, dim-witted, overweight, or malformed gravitate to him. Youth who reject the aesthetics and standards of their communities are mysteriously receptive to Tsathoggua's obscene ululations from N'kai. These form cultish gangs who gather and regurgitate the miscreant hymns of St. Toad. The Lord of Filth embraces these wretches, and empowers them to wreak havoc through escalating acts of vulgarity. Areas eventually controlled by Tsathoggua's human disciples always appear run-down and blighted by vandalism. Visitors who display any sort of dignity or refinement are inevitably subjected to crude mockery and mischief by the residents. Tsathar are always welcomed as brothers, and once entrenched, have easy access to hosts for their parasitic breeding practices.

"They’ve been inside the earth, too—there are openings which human beings know nothing of—some of them in these very Vermont hills—and great worlds of unknown life down there; blue-litten K’n-yan, red-litten Yoth, and black, lightless N’kai. It’s from N’kai that frightful Tsathoggua came—you know, the amorphous, toad-like god-creature mentioned in the Pnakotic Manuscripts and the Necronomicon and the Commoriom myth-cycle preserved by the Atlantean high-priest Klarkash-Ton."—The Whisperer in Darkness, HP Lovecraft 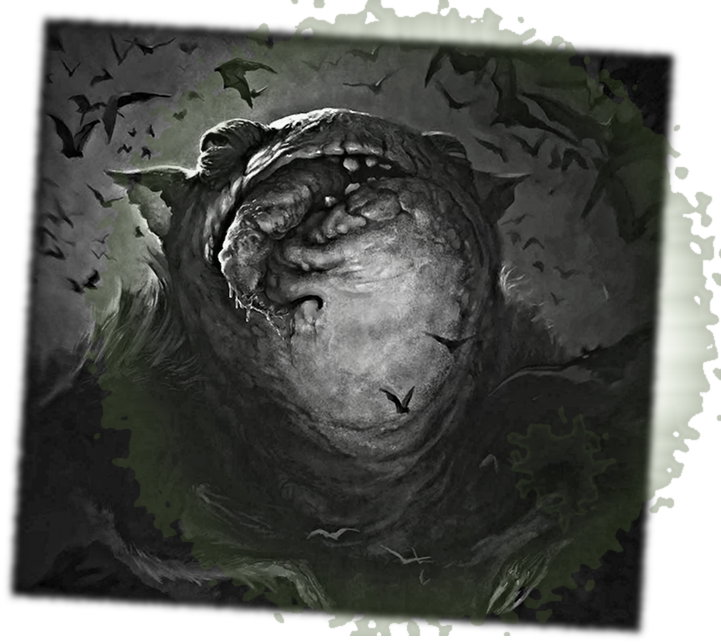