Lord of the Abyss, The Blood God, The Devourer

A thunderous archfiend, Thamogorgos is the dæmon lord of violence and sadism. He manifests as a massive, heavily armoured dæmon-warrior who wields a flaming two-handed scimitar. He wears a great horned helm that obscures his features in blackness, save a pair of flaming coals for eyes. Notorious as the most potent of all dæmonkind, Thamogorgos sits upon a throne of human bones in the nameless depths of the Abyss. He is said to be lord and master of six powerful dæmon princes. His coursers are so large that they can trample a city to dust.

He is the god of warlords and reavers, though all who enjoy the morbid pleasures of inflicting suffering and death might invoke the Lord of the Abyss. His torture cults are disturbingly widespread, and not surprisingly, Thamogorgos is the patron saint of UCCASTROG, seafarers to whom death is far preferable to surrender. In war, the Blood God believes in slaughter as its own end, and loves seeing his hordes drench themselves in the viscera of their enemies. In peacetime, he delights when his disciples subdue the innocent and use them for blood-sports and sacrifice.

Fulbra saw that a tall brazen statue, with cruel and demonian visage, like some implacable god of the underworld, was now standing at the right hand of Ildrac where he sat aloft on his brazen chair. ... Fulbra was thrust forward by his guards, and Ildrac greeted him briefly, with a wily smile that preceded the words and lingered after them. And when Ildrac had spoken, the brazen image also began to speak, addressing Fulbra in the language of Yoros, with strident and metallic tones, and telling him with full and minute circumstance the various infernal tortures to which he was to be subjected on that day.—"The Isle of the Torturers," CAS 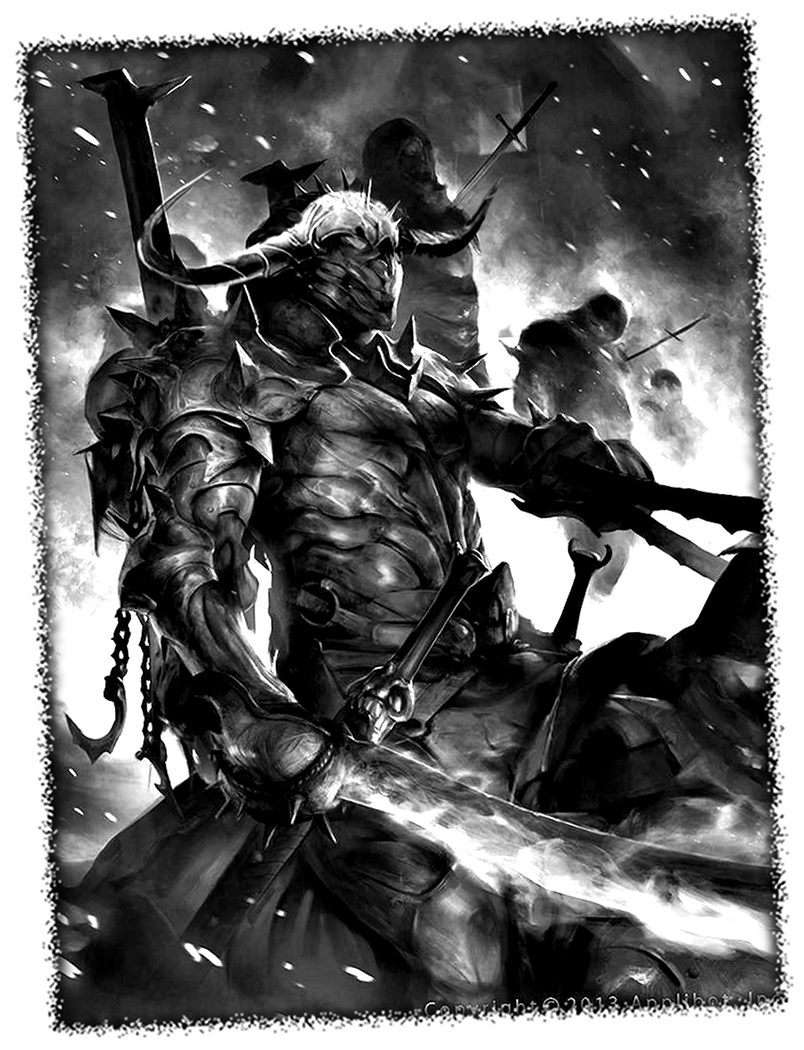