The Huntress; Mistress of Snares and Entanglements

Seppophis the Huntress, the Mistress of Snares and Entanglements, is the patroness of all who earn their living by pursuit and evasion, by enticement and sudden surprises. She is usually depicted with the body of a nubile dancing girl holding aloft a length of rope and a dripping, barbed javelin. In place of her head is a mass of long spider’s legs, extending in an irregular nimbus past her shoulders. When Seppophis deigns to take human form, it is either in the guise of a slim, dark-haired girl, smelling faintly of cloves and cinnamon, or of a gaunt, silver-haired matriarch of no known family line. She is attracted to scenes of intrigue and hopeless entrapment. Though she has much in common with ATLACH-NACHA, Seppophis is thought to be a more accessible goddess, particularly to humans.

Thieves and other scofflaws on the run attempt to propitiate her with substitute sacrifices (she is believed to be partial to trapped, but uninjured giant flies) while watchmen, bounty-hunters, and frustrated avengers hope to secure her blessing as they pursue their quarry. Brigands and pirates offer prayers and sacrifices for wealthy, unguarded victims. Prostitutes, jewelers, and perfumers give her reverence, as do all manner of mountebanks and swindlers.

Every year, in the town of CITH, ISTANAM, an elaborate ceremony takes place on the Street of Crushed Petals in which a fantastically costumed and masked troupe of stolid, upright citizens and officials representing Law square off against their opposite number, representing Chaos. Through a series of competitive dances, recitations, songs, and feats of strength and cunning, two opposing champions are chosen—suitors to the goddess, and these are led in a winding parade to the outskirts of the city, to the cave believed to be the entrance to Seppophis’ lair. Both champions enter the cave, though only one will emerge in the morning, maddened and screaming. The other has been taken as the Consort of Seppophis, and is never seen again. His faction will enjoy a blessing to all activities relating to their trade for the remainder of the year. 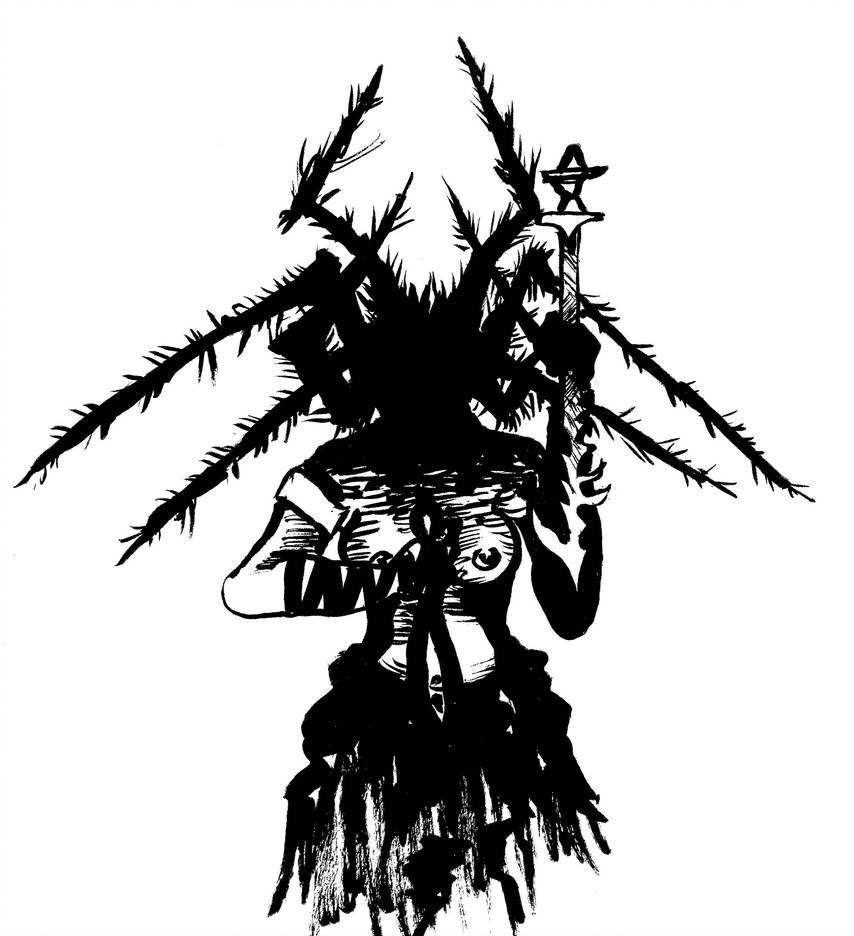