The Deathless Frost, The White Worm

A gigantic, pale, white worm with a great gaping maw and empty sockets for eyes that bleed rivers of blood continuously. He is the end of time as symbolized by the white sameness of winter. He is the final starvation of time as it finally consumes itself. He most often appears at the end of a terrible winter, seeking out the taint of Chaos in order to freeze it solid. The White Worm is notorious for spawning the cruelest of winters and instigating the most unforgiving ice ages.

The White Worm travels on a gigantic iceberg called YIKILT, which it can guide across the ocean. In its colossal ice-citadel, the White Worm prowls the seas, blasting ships and inhabited land masses with a ray of extreme cold. From within his floating castle, this greedy ancient giant of a god is also able to rain snow, hail, and bone-chilling cold upon the coast. He can take on the form of a winter storm of supernatural intensity and create the most dire of illusions within his storms (e.g., the gaunt figures of animals dying from exposure and starvation).

Victims of the White Worm are frozen solid, their bodies appearing eerily white, and remain preternaturally cold—they will not melt nor warm even when exposed to fire. Only a few survivors, the Ylidheem, remain; these being great wizards whom Rlim Shaikorth transforms so that they might live comfortably in the cold to attend it. Likewise attending him are his cold ones, rime-covered draugs who raid on his behalf and collect his tribute in blood and jewels from storm-wracked communities.

"There is One that inhabits the place of utter cold, and One that respireth where none other may draw breath. In the days to come He shall issue forth among the isles and cities of men, and shall bring with Him as a white doom the wind that slumbereth in his dwelling."—The Coming of the White Worm, CAS 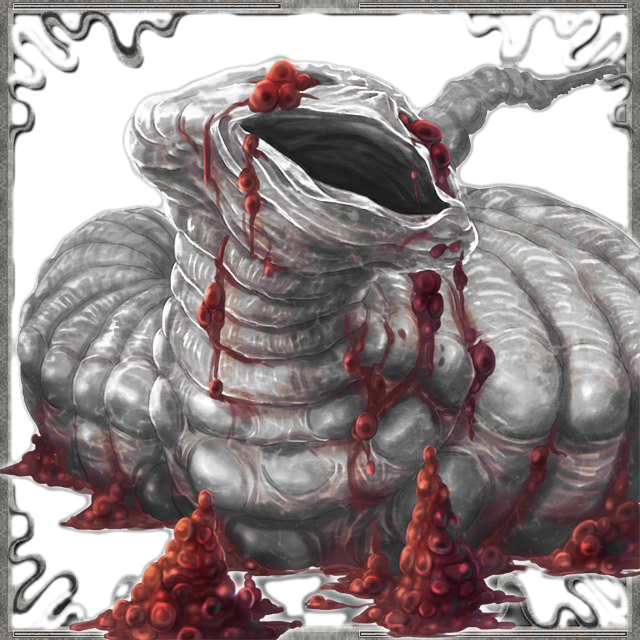