The Lord of Beasts, The Ravager King

Nwunga Zhango is represented by various predators, combining shifting aspects of dangerous creatures likes apes, dinosaurs, raptorial birds, and great cats as needed. It is said that Nwunga Zhango likes to come out at night; and there are tales from men and women who have seen his eyes burning like yellow coals in the darkness. Known and feared across the Jungle Kingdoms, this bloodthirsty god is master of beasts. A god of all animals who lurk in the wild places, and men who act as beasts, fang and claw are the laws of Nwunga Zhango. The satisfaction of his primordial needs are his goals. For millions of years he has loped through his wild lands in the form of one great beast or another; for such is his pleasure. When man came he added them to his stable. From him they learned to rip and tear one another like beasts. All animals, including man, once worshiped Nwunga Zhango, the Lord of Beasts, and spoke the same language. Now, most have forgotten, and only the largest, smartest and strongest animals remember the earliest days.

Those who remember are bound together, however, and can be controlled by one who serves Nwunga Zhango and knows the language of the animals.

In most cases the only men to remember the ancient language of Nwunga Zhango are those who are descended from his loins. According to legend, there are groves across the continent where the old Beast Lord sometimes still visits and takes his pleasure among the females of the animal kingdom. Sometimes he mates with a pantheress, doe, or a woman. And from these matings come a steady supply of exceptional creatures who are brothers in spirit as well as blood. By demonstrating the power of the Call of Nwunga Zhango, the would-be druids of Nwunga Zhango prove to be of the old god's blood.

Nwunga Zhango is the leader of the beast gods and all of the other animal totems serve him.

Priests of Nwunga Zhango are usually druids, or druidic shamans of a tribal group. They hear the whisper of the Beast-Lord on the wind, bring meat to his altars in sacrifice, and bring women to his sacred groves. In addition to being able to summon and speak with the animals who serve the Lord of Beasts, the priests of Nwunga Zhango also learn the secret of the magical Symbol of Nwunga Zhango, an ancient, mystic sign which is said even the wildest animal is cowed before, and draws not near.

Once all living things worshiped him. When men and animals spoke the same tongue, he would walk among them in any form that he chose. He would mate with the females of all races and from those unions would birth half-divine children such as I... Most men have forgotten the tongue that they shared with the animals. Only some few animals remember. Would you learn to speak with the animals, human?—Child of Jhebbal Sag, Conan Exiles 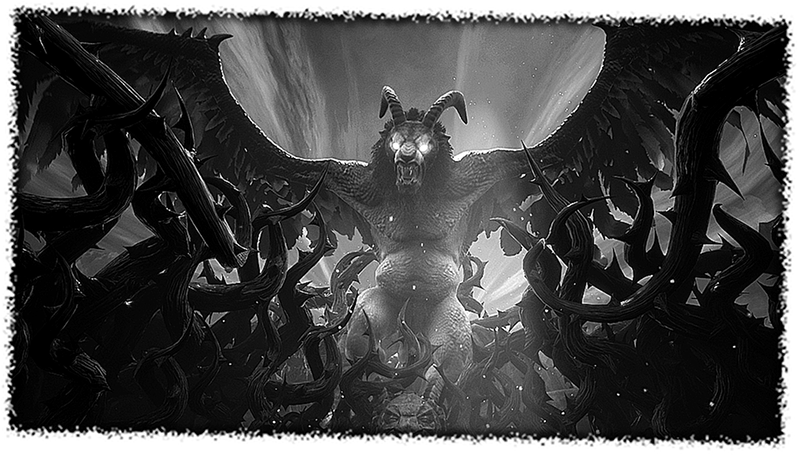