The Sea Monster, Caller of the Depths

Basatan is lord of dreams, the ocean, and the mind, who influences the winds, sea-currents, and the horrors of the abyss. His appearance is hideously monstrous and somewhat alien, being neither fully fish, eel, or octopus. He is a loathsome amalgamation of all three. His spawn often take after him, disgusting combinations of deep-sea creatures. Although once a major power, his presence has waned.

Basatan's foul influence is not limited to the ocean deeps; debased coastline societies also revered him. Basatan's servants amongst men include the few sailors who risk the open ocean and far-flung shoals of savants dedicated to unlocking the mysteries of the mind. In these twisted communities, land dwellers mix with ichthyic beings from the depths, spawning horrible cross-breeds which have no place in the natural order of things. His temples are small, simple affairs, but typically have access to a subterranean stream. Clerics are rare and always found at sea or in coastal towns.

It is the signet-ring of Basatan, the sea god. He who looks long and deeply into the emerald may behold distant scenes and happenings at will. He who wears the ring can exert control over the winds and currents of the sea and over the sea's creatures, by describing certain signs in air with his finger.—The Master of the Crabs, CAS 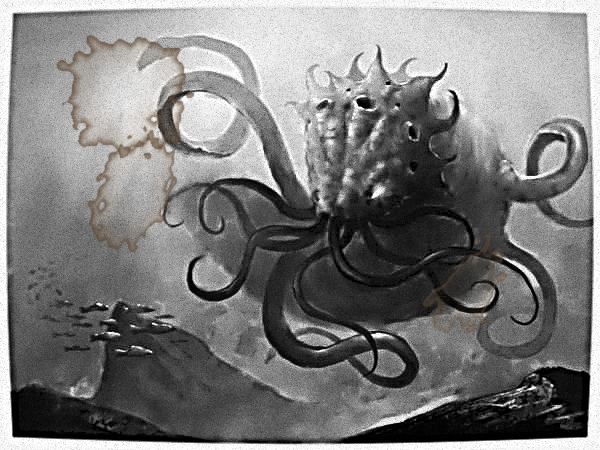