The Void Weaver, The Spider God

Atlach-Nacha is of an indeterminate sex—tales sometimes portray him as male, but in others she is female. Constructs as prosaic as gender are but afterthoughts to Atlach-Nacha. The Void Weaver appears as a huge black-and-red spider with a body the size of an elephant and long, spindly legs. Its body is like a spider's, with a blasphemous confluence of humanoid features and faces. Certain obscure sources depicted it as having multiple human arms and a woman’s head and torso. The phase spiders of LENG venerate it as their mother, and doubtless the tunnels below that extraplanar plateau connect to Atlach-Nacha’s web-strewn lair.  Though it has much in common with SEPPOPHIS, Atlach-Nacha a less accessible entity, if not entirely hostile to humans.

Dwelling in an underground cavern large enough to swallow entire nations, Atlach-Nacha weaves an impossibly daedal web to span the gulf. Texts claim on the day its web bridges all sides of this tremendous canyon, it will unleash a new age of madness.

Those who revere Atlach-Nacha see the divine in the spider’s form. Most of its worshipers are intelligent spider monsters, such as arachs, ettercaps, and driders. Yet in spite of its animus to humanity, warlike tribes, slavers, and bandit clans may honor Atlach-Nacha as a trickster and hunter. One of the few creatures that by nature decapitates its victims' is the spider, so its followers are typically avid headhunters and trophy collectors. Disparate covens and tribes devoted to the Void Weaver seek women who have survived ordinarily fatal spider bites. These may awaken from their fever-dreams having seen the Weaver's web and touched its mind. If so, savage rites are performed so the hungry and monstrously huge spider within them can slough off its frail human flesh and feast in the name of Atlach-Nacha.

"The dark form ran toward him with incredible swiftness. When it came near he saw that there was a kind of face on the squat ebon body, low down amid the several-jointed legs. The face peered up with a weird expression of doubt and inquiry; and terror crawled through the veins of the bold huntsman as he met the small, crafty eyes that were circled about with hair"—The Seven Geases, CAS 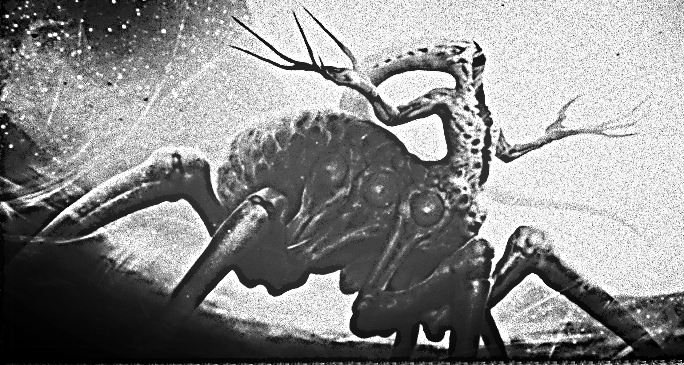