"And the priests of the gods of Xylac held that their various deities had dispatched the haunting, as a sign that more sacrifices were required in the temples. ...Zotulla provided the several priestly sects with the wherewithal of sacrifice to their sundry gods..."—The Dark Eidolon, CAS 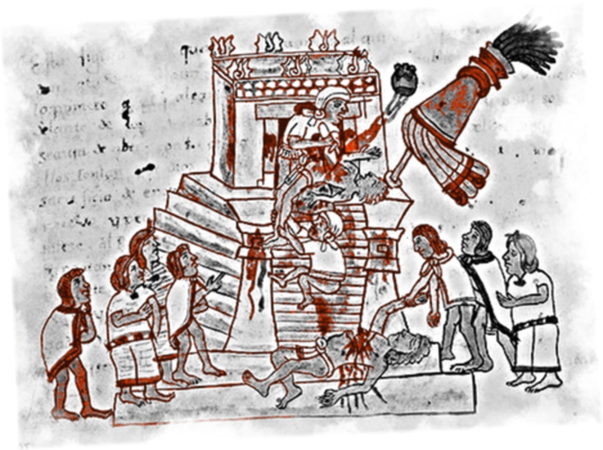 Zothique has a polytheistic society that reveres many gods and goddesses. As in the days of antiquity, the worship of specific deities is a matter of regional preference. Some of this devotion is institutionalized, with temples and hierarchies of priests. Some powers receive their benedictions in secret, service to them being forbidden or unspoken. A few deities are known across continent; pettier gods have their worship confined to a small area or a single city. Zothique's deities do not comprise a pantheon, though a few are closely affiliated—notably the monstrous OLD ONES and the NEUNNAKI of ZHEL.

The divine powers have their origins in places terrestrial and cosmic, across the vast breadth of time. A few gods are reputed to have dwelt in Zothique since an age when Earth was a steaming morass of primordial soup. Others rose to prominence before mankind’s ascension from the lowly depths of apedom. Some powers observe Earth from outré dimensions and nether places afar, or make their lairs in planetary bodies close by. Terrene deities originate from within the Earth, some having slept for countless millennia, while others are immigrants from other dimensions or times.

Though lay worshipers oft assign ethical motives to their gods, men of learning agree that mankind's moral strictures and principles are alien to them. That said, most divinities lean toward LAW (Civilization) or CHAOS (Savagery). Irrespective of alignment, nearly all gods' religious rites include elements of sacrifice, be it the demand of the deity, the whims of its priests, or both. Victuals and valuables are commonly offered to the gods in everyday devotions. Bigger, bloodier rituals almost always involve animals, but some deities (and/or their corrupt disciples) are notorious for their insatiable hunger for human suffering.

Divinities command elements, shapes, forms, states, events, and ideas called "domains." These associations are neither exhaustive nor exclusive. Some gods share domains in common with other gods; but rarely are they content to do so, giving rise to endless holy wars. Individual cults and religions will have unique interpretations of deific agendas; so too will opposing races of men and the various intelligent inhumans. Heresies; conflicts between the followers of the same god, are common.

All gods possess a holy symbol[*] that represents them. This might be recreated by a simple glyph, an elaborate molding, or something between. Everyone in Zothique knows a god's holy symbol isn't merely an image but a link to the entity itself. A deity's symbol, when graven or wielded, forms a powerful connection to the god in the minds of its viewers, and upon the very fabric of space. It is as if the god has deeply encoded itself in either Creation and/or mortal thought; and its symbol triggers the connection.

It is believed that wherever a deity's symbol or image reaches, so does the attention and influence of that deity. For this reason, great is the urgency to disrupt unwanted deific influences by destroying holy symbols and religious idols. Certain clandestine cults are quite clever at concealing their lord's iconography within seemingly secular works of art and architecture.

A god's favored weapon may or may not be something the entity is ever depicted as actually favoring or utilizing. Divinities that possess at least a rough human form are often associated with legendary weapons and depicted with them. Inhumanoid deities don't bear arms other than their own claws and tentacles, so their followers find comparable manufactured weapons with which to slaughter infidels. Otherwise, they will take up a weapon that causes injury in a way believed to be pleasing to their god.

Put simply, a favored weapon is preferred by the deity's disciples. A cleric or cleric subclass is always considered proficient in their deity's favored weapon. If the character would already possess such proficiency by virtue of their class, they enjoy a +1 bonus to attack and damage with that weapon.

The Gods of Zothique 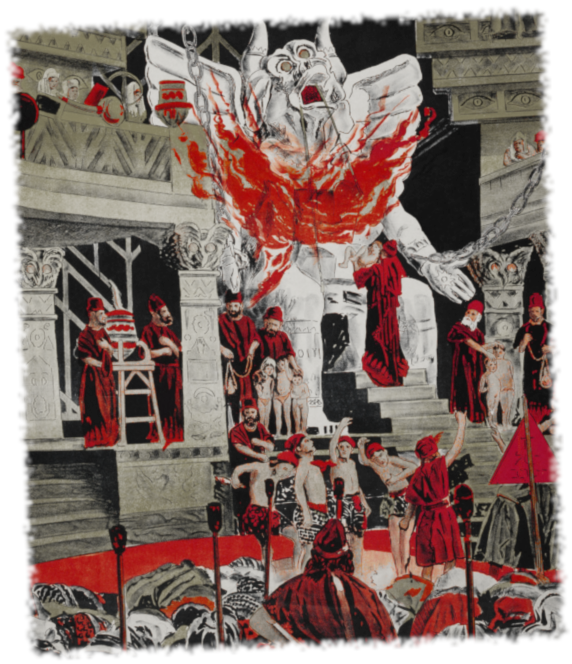 It is important to note that gods are real, extant, and embodied "in the flesh." Some are resident in their temples, attended by fawning priests; others dwell in the interstices of earthly space, or in parallel dimensions. Wherever they reside, the abilities of these beings are well-documented and indisputable. Only an ignorant fool disbelieves in them. While a cynic might point out that the gods are "just" alien beings whose abilities happen to outstrip human understanding, the distinction is irrelevant.

Befitting a class of beings powerful beyond comprehension—but nevertheless flesh (of a sort)—the gods do not "grant" spells to their clerics and priests (as the default assumption in similar fantasy role-playing games)[**]. Clerics and their subclasses are mystics who learn to work miracles and develop a state of union with the divine—some call this "sainthood" or "enlightenment." Clerics contemplate spiritual enigmas, conduct ceremonial and physical exercises, chant, and surrender themselves to religious ecstasies. Many believe the act of doing their god's will in the world is in itself an extended religious exercise. Theistic magic is alternatively referred to as "theurgy," or "theosophy," and emphasizes healing and abjuration. It is considered less offensive by most common people than the outré, eldritch sciences employed by magicians and their ilk, whose aims are often to usurp, rather than compliment the divine.

Children of the Gods

Many are the beings purported to descend from perverse unions between gods and terrestrial organisms, or have been fashioned by the hands of gods as servitor species. Creatures that are hybrids of divine and human origin are known properly as NEPHILIM, though most refer to them as "giants." These malformed goliaths possess a strong genetic imperative. They can breed true amongst themselves, but prefer human wives. The offspring of a giant and human woman is almost always a giant, whose birth is typically fatal to the mother. "Half-giants" do exist, malformed beings neither giant or man, but are only born after three generations of mortal mothers, minimum.

"Clerics were (and always have been!) the comic fanboys of their nations. They gather in comic book shop temples, gather at huge comic-cons to worship, and war endlessly online with members of other faiths."
—Hack & Slash: On the Religious Fanboy, Courtney C. Campbell