The last continent on Earth holds Creation's greatest treasure... and its greatest terrors.

"Gnydron (aka Zothique)... is more subject to incursions of ‘outsideness’ than any former terrene realm; and more liable to the visitation of beings from galaxies not yet visible; also, to shifting admixtures and interchanges with other dimensions or planes of entity."—A Tale Of Gnydron, synopsis, CAS to Lin Carter 1931

Earth has been wracked by countless cataclysms—man-made, natural, and magical! A bloated carmine sun illumines the bleak landscapes of the last continent: ZOTHIQUE. Antediluvian GODS and DEMONS have returned from the darkness between the stars to court worship and foster the primæval sorceries of æons past. Sacrifice and diabolatry prevail as in ancient days.

Nature has run amok; perverted and distorted beasts of myth, colossi of yore, and fiends unimaginable prowl the frontier. In the vast central deserts, cities that once boasted the sepulchral grandeur of TASUUN have fallen into the hands of bandits, warlords, cults, and worse. Rumors persist that the SERPENT-MEN of legend have slithered up from their subterranean nests in search of flesh for their transmutation vats. The quintet of desperate kingdoms surrounding these lawless wastes hunger for the territory and treasures Tasuun lost, as much as they fear unknown enemies building power within.

Out of the night-cursed desert comes a party of disparate travelers, sole survivors of a bandit raid upon a caravan train. YOU are one of these intrepid souls, united by blood, sweat, and chance. Wealth, knowledge, power, glory all await you; and perhaps—the key to humanity's salvation. Choose your path wisely... 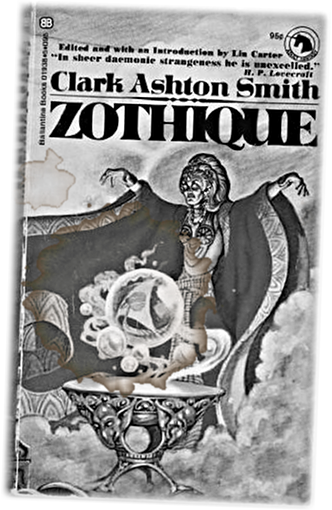 
Wild men who caught and sang the sun in flight,
And learn, too late, they grieved it on its way,
Do not go gentle into that good night.
—Dylan Thomas